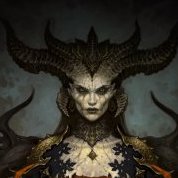 I am one of the 1st people who have seen Diablo IV behind closed doors and I know many are eagerly waiting for the details and goodies on what's the next big thing in the Diablo universe/franchise. Obviously I cannot give away my credentials or who I am other than the fact that Diablo IV was finally showcased to some of the employees at Blizzard. Take this for what it is, I don't care if you believe it or not as I have really nothing to gain from this. With that being said - this is what Diablo IV and what will be happening in the near future.