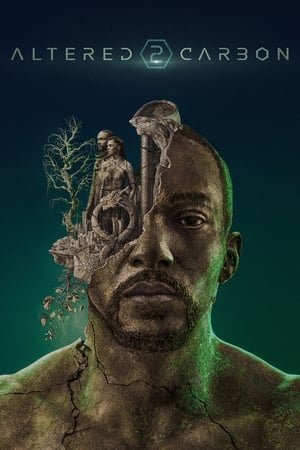 After 250 years on ice, a prisoner returns to life in a new body with one chance to win his freedom: by solving a mind-bending murder.

The story is pretty awesome, and it has a definite cyberpunk vibe to it. The ability to move from body to body and basically live forever was an interesting concept. The series make a good job ensuring that the feeling that bodies are just "sleeves" and therefor seen as objects rather than a part of your persona. There are some scenes of nudity, but I feel they are less about showing nakedness and more focused on illustrating how little the human body actually mean.

The story itself has compelling elements and even if the story jumps between actors in a slightly confusing manner, I liked it quite a bit. You gradually learn more about the characters with flashbacks and present time storylines. In season two they reveal some big things that explain quite a lot for the first season and this is even further explored in the anime.

Overall I liked this series very much, and I recommend it if you have not seen it yet.