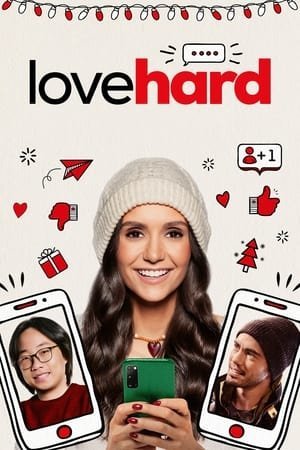 An LA girl, unlucky in love, falls for an East Coast guy on a dating app and decides to surprise him for Christmas, only to discover that she’s been catfished. But the object of her affection actually lives in the same town, and the guy who duped her offers to set them up if she pretends to be his own girlfriend for the holidays.

A cute love story about the problem with dating these days, as well as the good guy syndrome that often make people invisible in life. The setting is focused around Christmas, which is not my favorite holiday, but it is thankfully more of a background thing. The story is not very original, but it has some nice surprises here and there that make it stand out a bit.

Nina Dobrev, who plays Natalie, start out as the goofy and somewhat shallow girl that fail in dating in LA and then her character grow as the movie progresses. This is much due to her interactions with Jimmy O. Yang that play the catfishing shy good guy Josh, with the focus on the good guy. Both are great in their roles, and my favorite part is probably the duet and the ending.

While the story is not bad in any way, it feels a bit rushed at times. There are some script plots that feel incomplete and some that feels a bit forced. For example, I feel that Tag, played by Daren Barnet was kind of left to be a distraction rather than the focal point. Tag is a nice guy, but not the guy for Natalie, but he is kind of crapped on and left to be miserable rather than getting his happy ending. It is a bit strange as usually that character would either be a jerk or be setup with someone else, but not in this movie.

The whole Tag plot seems almost unnecessary because Josh is the one driving the story forward, rather than Natalie making discoveries when she is with Tag.

Harry Shum jr. and Mikaela Hoover have the unfortunate roles to be jerks and morons, but they are made to heavily overplay this. To the point of almost being absurd. I would have liked to see them toned down a bit because neither of them are bad actors and their roles did not need that much silliness.

Small critique aside this is a very nice movie that brought a tear to my eye more than once, made me smile a lot and left me with a good feeling in my heart.