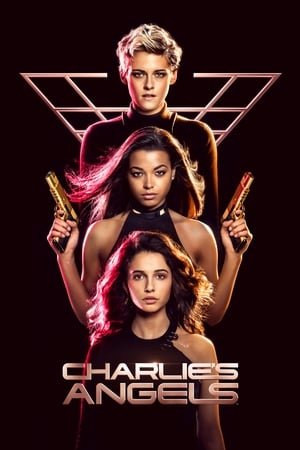 When a systems engineer blows the whistle on a dangerous technology, Charlie's Angels from across the globe are called into action, putting their lives on the line to protect society.

I heard some bad things about this movie, but it was a pretty good one as far as I am concerned.

It is not a masterpiece by any means, but it is a fair homage to the original movies as well as a bit of a flirt to the Kingsmen movies. By that I mean it has plenty of action, a somewhat believable story and plenty of goofing around.

Kristen Stewart is the impulse controlled airhead and Ella Balinska is a living weapon. Both kick ass and take names, and they do so in a pretty amusing fashion. Jonathan Tucker is awesome in the role as bad guy. The fighting scenes are pretty great and so is the action.

Naomi Scott struggle a bit with balancing the brains in the gang with her witty humor and both Elizabeth Banks and Patrick Stewart are a bit pale in their roles. This is fine however as that put the focus on Jonathan Tucker and the Angels rather on them.

Is this a feminist movie with bad action as some suggest?

It is an action comedy with strong female leads, just like all movies in the series. You can find some well-placed feminist symbolism here and there, like the end scene, but it is never explicit or obvious, just some nice hints here and there if you really look for it.

Overall this was a great sunday movie when you just want some easy entertainment and great action.