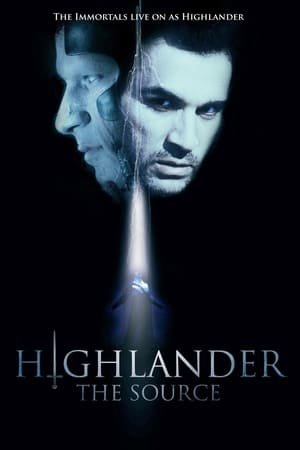 R 02/06/2007 Action and Fantasy 1hr 26min
In a world without end, their will is eternal. But a quest for the source of immortality will awaken the Guardian. Description

The world is falling into chaos. As he roams a crumbling city, Duncan MacLeod, the Highlander, remembers happier times before the love of his life left... Hopeless and alone, MacLeod finds his way to a band of immortal companions, including his mysterious friend Methos, and a mortal, Watcher Joe Dawson. Together this small group sets out on a quest to find the origin of the first Immortal.

For some reason this felt like a fitting end to the Highlander franchise. It took all the previous movies and mixed them into one big pile of crap and then threw in some elements from the series and mixed it with some Silent Hill madness.

There was no way this was going to fly, and it pretty much killed a franchise that was dormant, but still had fans hoping for another series. That hope pretty much died with The Source.