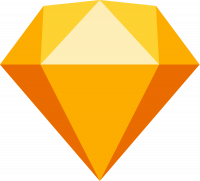 Bug Fixes This release includes fixes for a couple of crashes, including one that could occur if you dropped a bitmap onto the image well in the Pattern Fill popover. It also fixes an issue that could have prevented you from opening files in older versions of the app, if you had already opened them in 66.

Bug Fixes and Improvements We’re busy putting the finishing touches on some very exciting upcoming releases, so we’ve taken a step back with this one to focus on some important bug fixes and key improvements that all add up to a better experience.